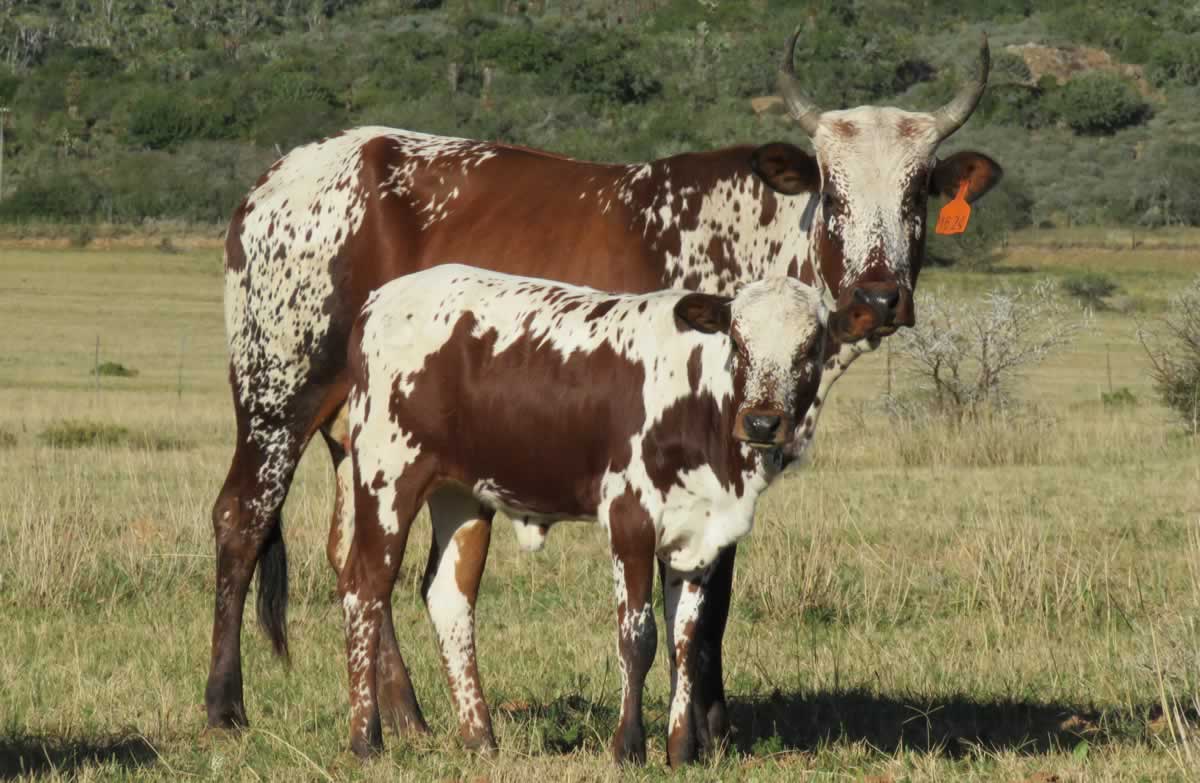 The BULELA NGUNI STUD is owned by Mark Cotton and managed by Dave Mullins.

The Bulela Nguni Stud was established in 2015. The herd runs on the farm, Baakenkop, which is situated in the Alexandria District in the South Eastern Cape. The farm is made up of both dense valley bushveld, and on the higher ground, open grassland which is predominantly sweetveld. Conditions are generally harsh and hence our decision to farm with Ngunis.

The Breeding Females were sourced from the finest available from the Umsenge Group. Our genetic base is thus diverse and broad. Our initial Herd Sire was Mafuta, purchased from Mr. Pierre Strydom and he has certainly put his stamp on our Herd.

The river valley is made up of dense natural valley bush which is mostly palatable and sweet. Our Ngunis do very well in this environment as they are good browsers and grasses such as sweet kweek and Panicum Maximum provide good summer grazing.

Our higher lying ground consists of a large area which was previously cultivated and a mixture of pioneer grasses and Karoo type shrub predominate. The natural veld in this area is predominantly Themeda or “Rooigras” as it is commonly known.

Our farm lies in a virulant Heartwater, Redwater and Gallsickness area.

Baakenkop is situated on the southern bank of the Bushman’s River. Annual rainfall is in the region of 450-500mm per annum. Summers are extremely hot and the winters can be quite cold with frost occurring in the river valley.

Our goal is to breed medium framed well-muscled cattle with the capability of finishing on the veld with a minimum of supplementation.

To that end we are striving to breed Functional, Fertile , Efficient cattle which will be sought after in the market.

Our calves are weaned at 7 months of age at which time both calves and their dams are weighed. We then calculate the Calf : Cow ratio where we take the calf’s weight as a percentage of its dam’s weight. We are striving to produce calves that weigh 50% of their dam’s weight at weaning. Where this figure is below 40% we will cull both the cow and calf.

All our young stock will be performance tested going forward. Only our best bull calves will be kept for sale as Breeding Bulls. The balance will be sold either as weaners or grown out as oxen.

Heifers are mated at 18 months at which point they are introduced into the breeding herd.

Our policy is to only buy in top quality performance tested bulls.